CJ has a real enthusiasm for getting children active and always encourages every child to try new activities from Kurling to Cheerleading. He liaises with educational providers and organises the administrational needs for school holiday bookings. CJ has a proven track record in sports management and marketing.

Chris is the founder of Kits Academy. After studies at Coventry University, KA has grown into a market leader for Physical Education services within a range of communities. Chris has vast experience of delivering services for all abilities from the wide range of Programmes on offer.

Paul has a wealth of knowledge in outdoor pursuits and has a passion for encouraging children to explore the natural world. As an important member of the team, Paul has valued input into the creation and delivery of our Programmes with new activities being introduced all the time.

Darren is a talented Instructor with a wealth of knowledge in different sports. He graduated from the University of Gloucestershire in Sports Education and Coaching. During his time at University Darren increased his skills with a number of coaching awards enabling him to teach the curriculum to an exceptionally high standard. Darren is a well-rounded individual and we are pleased to have him within the Kits Academy team.

Darren is a mentor for our Apprenticeship Programme and coordinates learning to ensure every apprentice excels!

Dominic is very capable and disciplined. He provides high-level coaching services, and continuously develops his skills in different sports. Dominic is constantly adding to his qualifications and recently achieved his UEFA B Level 3 Football. He has been coaching for many years and accumulated a wealth of experience. As one of Dominic's roles in Kits Academy, he also supervises and assists other instructors to ensure we always achieve our high standard of service.

Dominic also holds a coaching position at Coventry City F.C. Academy. He has always had a passion for playing a good standard of football and had many trials for professional clubs. In his free time, Dominic plays semi-professional football.

Dominic also partakes in other sports such as tennis and archery which he has enjoyed since a child.

George is loved by many of the children for his character, enthusiasm and energetic manner. George promotes our Programmes and educational services to Schools, nurseries and children’s centre’s forming Programme objectives & projects. He works closely with CJ to ensure all criteria of the Programmes are met. George’s mother is a full-time child minder, so he is very experienced with younger children.

In his free time George is a semi-professional goalkeeper for Nuneaton Griff F.C. He also has an interest in other sports such as horse riding, lacrosse, and handball.

Ross is an Instructor with years of training and experience. Starting his coaching route as an apprentice P.E. teacher at a local primary School he delivered all aspects of the sporting curriculum, making him a well-rounded Instructor. Ross has a great knowledge of all Programmes and an eye for detail making the him perfect coordinator for your Programmes.

William is an experienced and enthusiastic individual with a passion for encouraging children to try new sports. He has built up a vast range of sporting qualifications including fencing, archery, and trampolining from his time studying at Southampton Solent University. In addition William is responsible for assessment criteria on new members of staff and CPD training. This ensures our high standards of service are met at all times.

William currently plays for an established hockey team at a very competitive level.

Callum is an instructor who strives to be the best! His knowledge of the sporting curriculum is clear to see when watching one of his lessons. He started coaching football for 5-10 year olds via 1-2-1 coaching after gaining a scholarship at Rushall Olympic FC. Alongside his playing career Callum has completed a community activator apprenticeship where he achieved vital skills to become a sports instructor. Callum is a real asset to our team.

Carl is a delightful Instructor with many years of experience behind him. Since joining Kits Academy Carl has developed into an excellent P.E. specialist. He strives to be a role model for children whilst promoting fun and enjoyable lessons. In Carl’s spare time, he is a development officer for Hinckley Borough Football Club, which has grown to be a well established football club in Leicestershire for both boys and girls.

Courteney has always had a passion for dance & performing arts from a young age. She started dancing at the age of three, training with Three Spires. She continued training further at Coventry College, graduating with very high marks.

Courteney also attends a local dance school where she practices various genres from tap to lyrical and street. We are proud to have Courteney in our wonderful dance & performing arts team.

Dylan is an instructor with a great passion for both playing and coaching sports, particularly hockey and golf to a high standard. His knowledge and professionalism within the sporting world comes through in his coaching. Along with Dylan’s background, he has completed his studies in Sports Coaching at HOW College. We are delighted to have Dylan in our team.

Emily is a confident and enthusiastic Instructor with a great desire to help children learn. Whilst studying for a Diploma in Sports Science she gained experience, enabling Emily to  deliver fun & engaging lessons. The role assigned to Emily means she can deliver all aspects of the sporting curriculum to a high standard. We are delighted to have her as part of the Kits Academy team.

Jamal has completed a Bachelor’s degree in Sports Coaching and Development at Lincoln University along with a Sports Development, Fitness and Coaching Level 3. He holds core value coaching principles at the heart of all his lessons. Along with his studies, Jamal is head coach of Lincoln United’s Under 9 girls football team who compete at a respectable level.

Joe has an excellent understanding of the curriculum. This is clear to see when the children are always pleased to see him leading their lessons! Joe studied Sports Coaching at Loughborough College and held a placement at a local secondary school. This stood him is good stead for a carer in coaching. Jo also enjoys playing football and cricket.

Jordan is an instructor with and in-depth knowledge in the sector. He has completed his studies in Sports Coaching at Liverpool John Moores University. Between studies Jordan spent a vast majority of his time gaining experience within local primary schools and PE departments. Jordan spends his free time playing football at a competitive level.

Lewis is an experienced instructor who has worked within a number of educational settings. He is very knowledgeable on all aspects of the curriculum and demonstrates his expertise through lesson delivery.

In Lewis’s spare time, he plays football at a respectable level. Combining his coaching role and football certainly keeps him fit!

Matthew has been dancing from the age of 6 years old. He participates in a variety of different dance genres including street, acrobatics, tap and Irish dancing. Matthew has a strong passion for dance teaching which is demonstrated best through community involvement at his local dance school. Sporting qualifications form part of Matthews accreditation's allowing delivery of a wide range of physical activities for all children to enjoy.

Matthew first started coaching by volunteering at his local football club. This sparked his career and passion for coaching. Matthew enjoys helping the children learn new skills and is a much loved character where ever he goes.

Megan is an instructor with an excellent knowledge of the curriculum. She has been involved in sports since a young age and is a black belt in martial arts, working towards her 2nd Dan. Alongside this Megan has experience in delivering a multitude of sports from our range of programmes.

Rio has a passion for sports and studied Sport Development at Wolverhampton University. During Rio’s coaching carer he has worked for Aston Villa and West Bromwich Albion. He is very adept at engaging children of all abilities and is a well-rounded individual.

In Rio’s spare time, he plays semi-professional football and has played for Stourbridge FC and Tivdale FC.

Shaun is well known at Kits Academy from attending our school holiday lessons as a child many years ago. From Shaun’s time with us, he has developed a love for sport which carried through into school and college studies. Shaun is an energetic individual who enjoys helping children learn through sport, providing fun and engaging lessons. We are delighted to have Shaun in the Kits Academy Team.

Tarras is an Instructor with vast experience in the coaching sector. He has worked within Primary Schools delivering PE and after school clubs for a number of years. Tarras has completed a Diploma in Sports at City College, Coventry where he was part of a team delivering health and wellbeing community programmes.

Trinity is an energetic coach who can deliver both our performing arts and sports programmes. Trinity uses her versatility and knowledge in both types of programmes to benefit all of the children she teaches, this comes through in her fun and enjoyable lessons! We are overjoyed to have Trinity as part of our team.

Tyler successfully completed a Level 3 Extended Diploma in Sports Coaching at The Strachan Foundation. He is also a keen footballer who plays at a high level for Coventry United. Tyler is an instructor who always strives to put smiles on faces and make sure all children are enjoying themselves whilst learning new skills. Tyler is also capable of delivering both our sports and performing arts programmes and we are delighted to have an instructor of his calibre in our team. 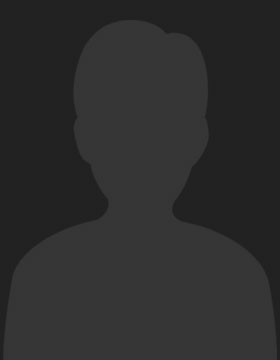 Could this be you?

Kits Academy are an ever growing company with sports and performing arts Instructors throughout the midlands, making up our fantastic team! With the ever expanding market within Schools and Nurseries, we are always looking for new Instructors to join us. We take huge pride in our team and also offer apprenticeships, work experience and a number of training opportunities within the wider community.